Recreate the Glorious Battles of the Middle Ages

Field of Glory II has been one of the most popular strategy war games on steam, now it seams we are about to get what can only be described as an awesome addition in the form of Field of Glory II Medieval.

Still with the same turn-based game play we have come to expect from Slitherine but now with Anglo-Saxons and Normans, to command.

Set during the middle ages from 1040 AD to 1270 AD, when nights roamed the land in service of their kings
where you will get the chance to recreate the struggles between Kings of France against the Kings of England which includes some major historical battles

The game has been developed by legendary designer Richard Bodley Scott it brings the best from the tabletop world into the best digital framework.

There are 12 Epic Battles, covering some of the more important engagements of the period in Northern and Central Europe.

Full interview with Richard Bodley Scott can be seen here

Check it out on Steam Field of Glory II Medieval 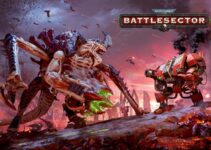