MicroProse catalog is growing quickly adding more and more promising titles. Now it’s the turn of the RTS genre and we are proud to present our latest addition, Regiments!

Regiments is a tactical RTS that puts players amid the bonfire of the Cold War gone Hot. Engage in short skirmishes, or lead your regiment through a long dynamic campaign. Command 60+ authentic vehicles from 4 key Cold War factions.

It’s 1989 and the flames of a New War are flaring up. Thousands of square miles of German landscape will become a stage for sweeping battles between the best NATO and Warsaw Pact has to offer.

Lead your Regiment through the inferno of a wide-scale Cold War conflict in this new Real-Time Tactics game. Break through the lines, call in artillery and air support, maneuver, feign retreats, and stage mobile defenses. Do not relent.

The Platoon Command system lets you orchestrate battles with unprecedented precision and ease. No need to micromanage every infantryman – you’re a Commanding Officer, not a sergeant. Form your force on the fly. Selecting the main Regiment is just a start. You can expand your army during the game by calling in unique Task Forces, each bringing its own equipment and off-map support options.

Bird’s Eye Games is a small development team that has been developing Regiments since 2016, a step-up from previous RTS modding work.
Standing on the shoulders of RTS genre giants, Bird’s Eye Games strives to combine the best ideas classics has to offer and give them a fresh spin.

MicroProse, founded in 1982, is a world-famous simulation software company, known for developing groundbreaking, classics and cult titles like, the Falcon, F15 Strike Eagle, Silent Service, Gunship, Grand Prix, Civilization, B-17 The Mighty Eighth and X-COM series and many more simulation products, that sold millions of copies each at retail.
Today, MicroProse is not only remaking select classics from its past but also paving the road to next-generation, state of the art games that will create the memories and experiences of the demanding new generations of gamers. 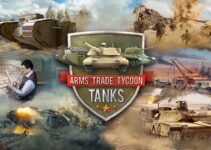