What else do you want? A state to rule?

Rogue State Revolution will be released on Steam on the 18th of March with a price point of $14,99 and a 10% discount.
But we also have big news for today as a Demo will appear momentarily on the Steam Store page together with a New Trailer that you can watch right now.
Rogue State Revolution is a turn-based political strategy game with elements of city building, management, diplomacy, and emergent narrative.

A new era for Basenji, the country you lead:
You helped to transition your beloved country from a monarchy into a true democracy. Now it is time to rebuild, reform, and prepare for new challenges as the Glorious People’s Republic of Basenji becomes a new political, economic, and cultural hotspot.
You won’t be alone. Appoint Ministers to help govern the various elements of your proud nation. Help them to deliver great successes to their constituents, but be careful — make them too popular and you may find yourself replaced in the next election.

A highly replayable political simulation!
Worrying about the loyalty of your military as they prepare to meet rebel forces in transit? Perhaps your cuts to veterans’ benefits could have waited…
Refugees attempting to sneak past your borders to settle in your communities? Find the right balance between liberal and conservative policies to stay in power just long enough…
Nuclear weapons inspectors imposed by foreign powers…how to hide that uranium you just bought for that small, harmless WMD project of yours? 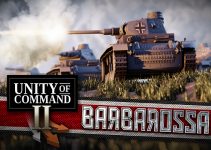