The ultimate American Civil War strategy and tactic game finally has a release date for its 1.0 version.

The Early Access version had a very enthusiastic response from both the press and the content creators community. Since the EA release, the game has improved dramatically, adding a lot of features, content, and implementing player-requested features.

Take a Look at The Brand New Trailer

People owning the early access version won’t need to make any other purchase to play the final version of the game (they just need to let Steam update the game).

The game’s development will not stop when we release it. During the development we’ve already come up with a lot of ways to improve the game further. Above are the first steps of our Post-Release Road Map. These steps include features and content, that will be added in regular updates, for no cost:

Grand Tactician is an independent project of three developers with outside support from a number of very talented volunteers.

The Civil War (1861-1865) is developed in association with Kevin R. Hershberger of LionHeart FilmWorks and Wasel Arar from Wasel and the Weasels. 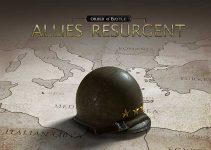