Blitzkrieg DLC is out today on Steam

Unity of Command II brought fresh air into the WWII strategy games genre as players were tasked to bring down the nazi menace from North Africa to Berlin, passing through Italy and France. It is now time to change the perspective and try your hand at commanding the early-war German army!

From 1939 to 1941, Germany stunned the world with the introduction of Blitzkrieg, a new mode of war focused on massed armored spearheads and close air support. Rapid shock and encirclement by mechanised armies replaced the grinding attrition of World War I trench warfare. In this DLC, you command Wehrmacht forces during this period, starting with the 1939 invasion of Poland, through the daring airborne assault on Crete in May 1941

The campaign has 25 scenarios (13 in the historical line) and comes with a chunky update with many UI improvements and fixes.

Key Features of the Blitzkrieg! DLC

Examples of our new Blitzkrieg missions:

The Battle of Crete began on the morning of the 20th of May 1941. It was a unique attack for its recklessness and ruthlessness; it was also the first large-scale airborne attack in the annals of war.

22,000 Fallschirmjäger were pitted against roughly 40,000 allied troops. The geography of Crete made its defense problem difficult with a single road running along the northern coast and a very complicated supply system.
The German army in the end succeeded in taking the island. But the feat cost the Germand horrendous losses that basically destroyed the 7th Airborne Division (the only one that Goering possessed) and made the whole operation a Pyrrhic victory. Will you succeed in bettering General Kurt Student and take the important island in the middle of the Mediterranean while avoiding the slaughter of your own army?

In the days following the German invasion of Norway on April 14, 1940, Allied troops landed at several points aimed at recapturing the vital ports of Trondheim and Narvik.
Despite having complete command at sea, the Allied landings were confused, lacking in heavy weapons, and at the mercy of the Luftwaffe. The British were quickly defeated in Central Norway. At Narvik they had more success, briefly re-taking the town before being withdrawn from that untenable position.

In this Unity of Command 2 scenario, you assume the role of the Germans, who must quickly seize vital areas in and around Trondheim, and then defeat the British counter-landings.
Will you be able to match the strikingly successful German performance in Norway? Or will the British prevail and keep a toehold in Scandinavia? 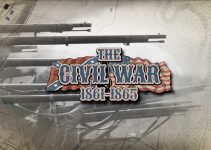